I didn't pull any frames out. Just checked that the combs were coming along and straight. 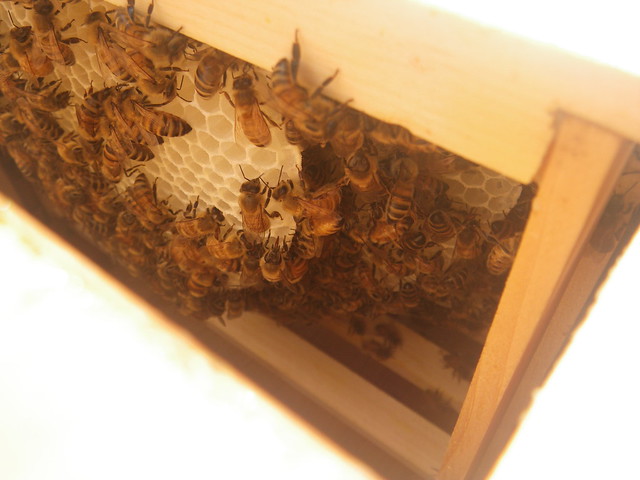 Six frames had some degree of comb started. 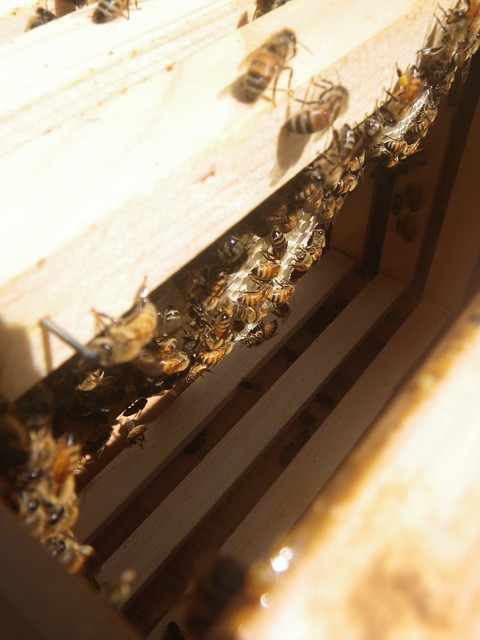 The population had increased a fair bit, and things were starting to get jammed at the entrance.  I moved the entrance reducer a little bit out of the way. 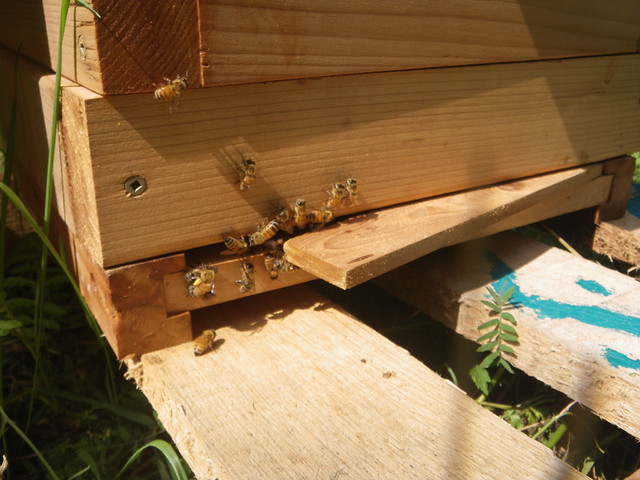 I also cleared away some of the tall vegitation as it wasn't helping entry.

Still a traffic jam, so I opened up the entrance a bit more.

The nuc had some drone cells when we got it. We elected not to cut them out of this hive. I could see a fair number of them at the entrance. There was also one drone, most likely suffering from deformed wing virus, climbing the grass and flapping its wings trying desperately to fly. 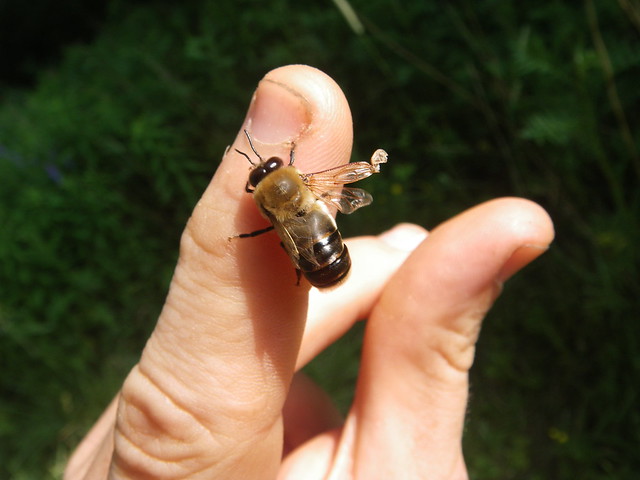 Not too much pollen at the entrance.  Still the bright orange, but also a bright yellow now. I did see a bee close by on clover. Still lots of bees on the mint, and one on what I suspect could be elderberry. I'm guessing the bright yellow pollen is from the lindens. There's a good amount around the hives. I keep looking up at them, but still haven't managed to witness any foraging there.

After the slightly crooked comb from last week I worried and decided to do a quick peek stricktly to make sure the combs looked okay.

I took out the second frame from the side and was surprised to see it had a little bit of comb on it. So surprised in fact that it broke off as I pulled it out. This is much to my regret as I'm very anxious for them to have a more substantial number of combs to work with. On the bright side the warré box does now still have six straight combs well on their way. At least one even had capped brood. 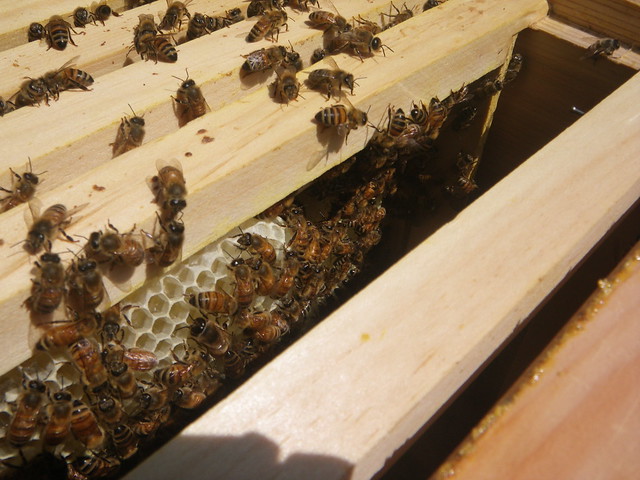 The combs furtherest out from the middle are starting to protrude a bit beyond the top bar, but it looks like this box may turn out nicely.

What I'm noticing is the bees will start the comb on the very bottom of the popsicle sticks that I am using as comb guides. This means the comb is rather fragile till they extend it upwards onto the top bar. I used rather wide popsicle sticks, in the future I should probably consider using narrower ones so the combs will be stabalized onto the top bar sooner.

One or two bees were spotted on some near by milkweed. 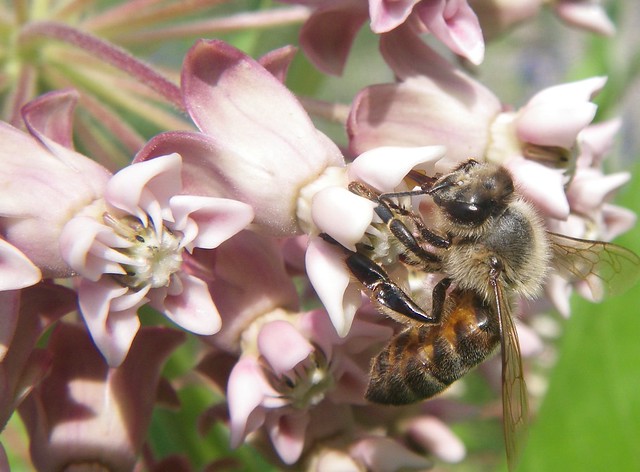 and a few bees, not sure if they were mine, were seen about 1 km away on clover. 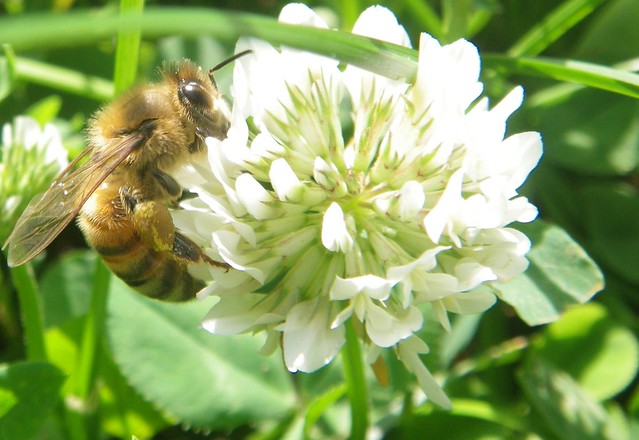 There's some clover very close to the hives too but I haven't noticed any bees on it. Maybe they've already exhausted it by the time I get there?

The lindens / baswwod have also started to bloom, but I'm yet to spot a bee on one.