The winter of 2013/14 is perhaps the coldest winter I have ever experienced in my life. Bees in the area were hit hard. 60% of the colonies in Ontario did not make it Relentless cold temperatures meant very few cleansing flight days till April. 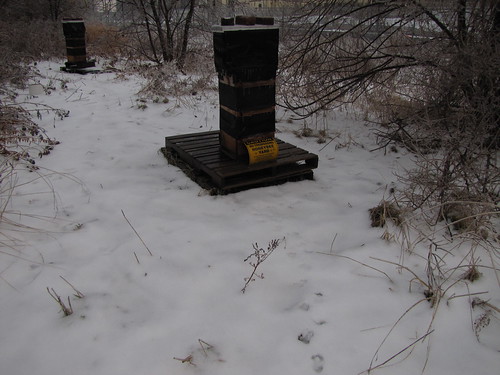 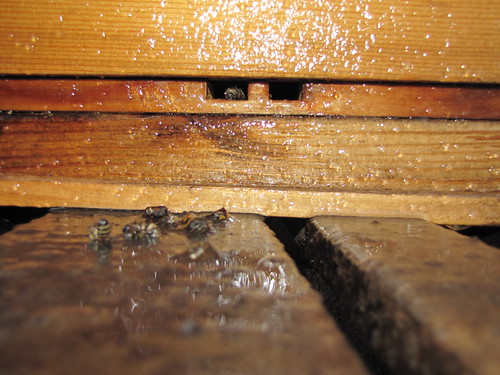 By the end of April this was our only viable colony left. A few other colonies made it into spring, but there populations were to low to reproduce. They were not in great shape though. No cleansing flights meant lots of dysentery in the hive to clean up. Below is the small cluster of survivors on April 21st. 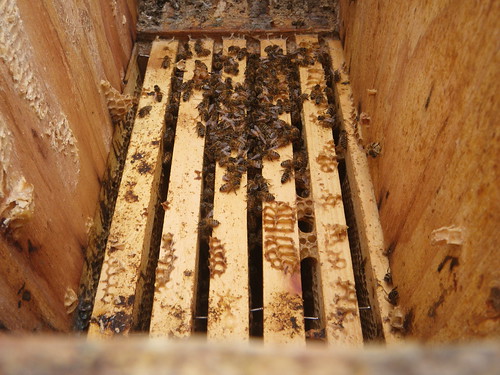 They did have a lot of honey left in the nuc adapter box, as well as the top warré box where they were clustered. So as they spring nectar flow started, we harvested the honey left in the nuc, and added in warré frames containing honey from their neighbour hive which did not make it through the winter. Thus the transition from langstroth to warré was complete. In retrospect it probably would have been better to have removed the transition box before winter, or have insulated it better. It wasn't designed with the same thickness of wood as the rest of the hive, and I believe it did not help conditions in the hive over such a cold winter.

Where the cluster finished the winter, and started to raise brood was on a frame that was only about half worker cells, and one of the adjacent combs didn't have any worker cells. I suspect this further slowed their spring development. It also suggests that I need to be more strategic when using natural comb in anticipating where the cluster will end up in the spring. 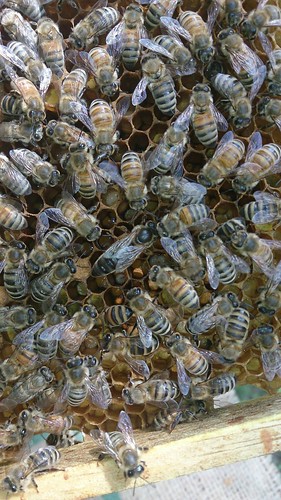 We moved the brood box to the bottom, and tried to place more appropriate comb near the brood nest as best we could. They expanded the brood nest upward by late may, and it was the middle of June before they had 5 frames in the second box and one below. 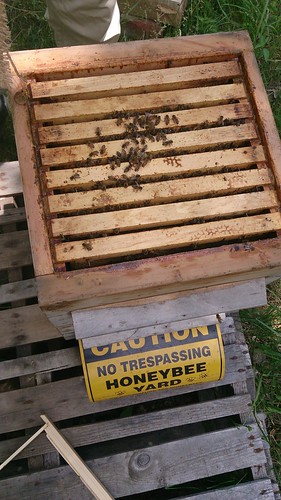 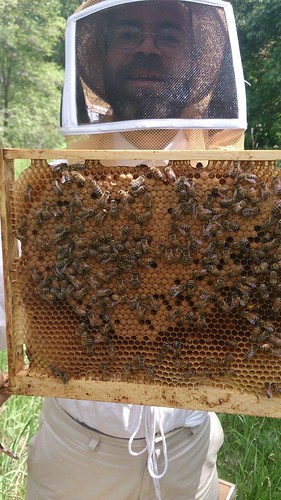 By the end of June the population was starting to look a little more reasonable. 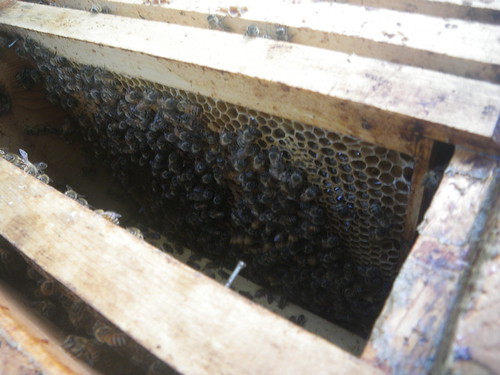 With solid patches of brood: 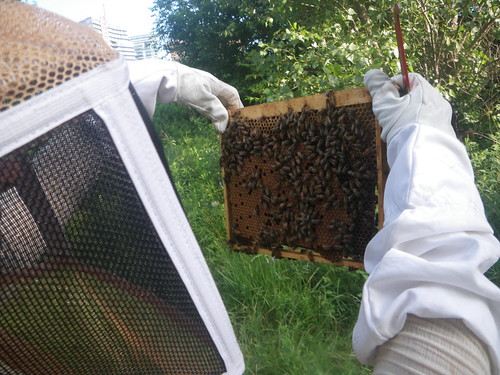 They were starting to fill in what space was left around last falls honey in the top box, it was hot,  a strong flow was on, so we decided to add a new box. We were eager to take advantage of what we feel is probably the best time of year for comb building, and wanted to reorganize them onto a more compact brood nest. We tried to sort the best brood comb into the bottom two boxes with 6 new frames for them to draw. We moved combs that were not primarily worker comb to the new box in the 3rd position with two new combs to draw.

Our Next check was July 11th. Perhaps we were a bit hasty with adding the new box, or at least it was too soon to intersperse empty frames into the brood nest. There was loads of caped honey in the top box, and some new white white wax: 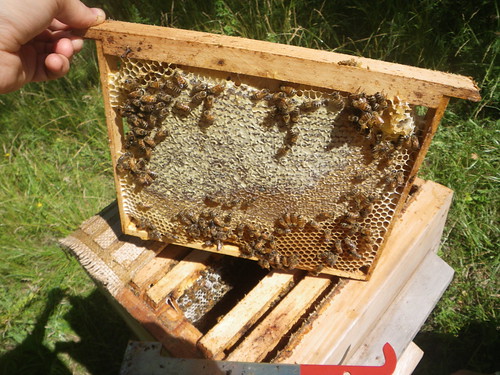 but in the bottom box there were no eggs where capped brood had hatched and the new combs were not significantly built. There was a fair bit of pollen though and still a bit of capped brood.

They had prioritized comb building a little more in the second box, and we did see some eggs in here. 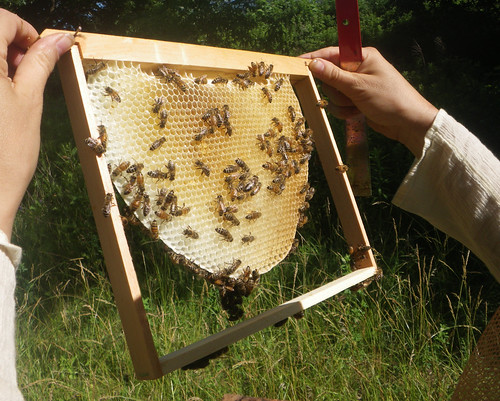 3rd box had a fair bit of brood, but some capped honey and nectar up her too. 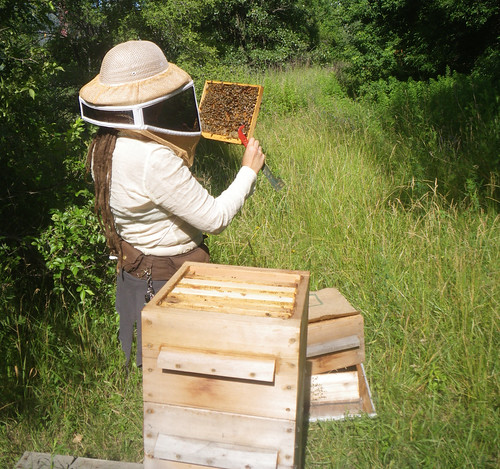 One thought on “Tough winter, slow spring, but a great early summer flow”