We visited the bees today fully expecting to make a split. We hope to see what we can do as beekeepers without any chemical controls for mites, so we see a split as an opportunity to break the brood cycle and therefore mite reproduction. The inspiration for doing this comes from the rotation system.

There have been a few hot days, but the weather has been holding steady at around 20 celcius. Clover and black locust have been in bloom but I'm uncertain how much of either is in the area. The entrance had a lot of activity and the bees remained very calm as we opened the hive. The box we moved to the top, now the 4th box, had a fair bit going on now. 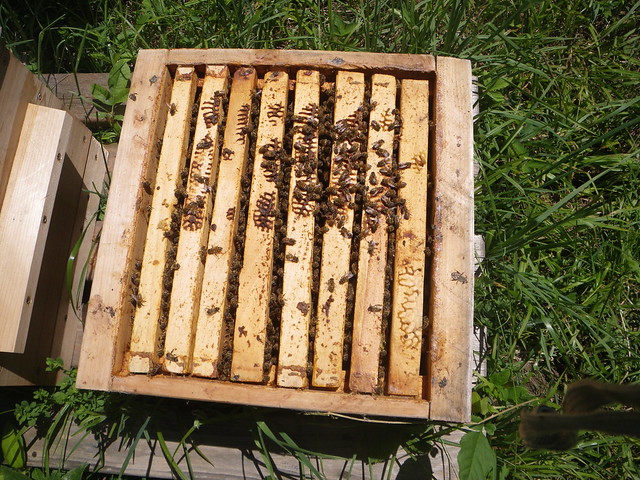 Lots of young fuzzy bees, some little patches of brood and decent amounts of pollen and nectar. We also spotted the queen (The first time in this hive since last summer). She was looking big and beautiful. This was mighty convenient as we needed to know where she was for this split. 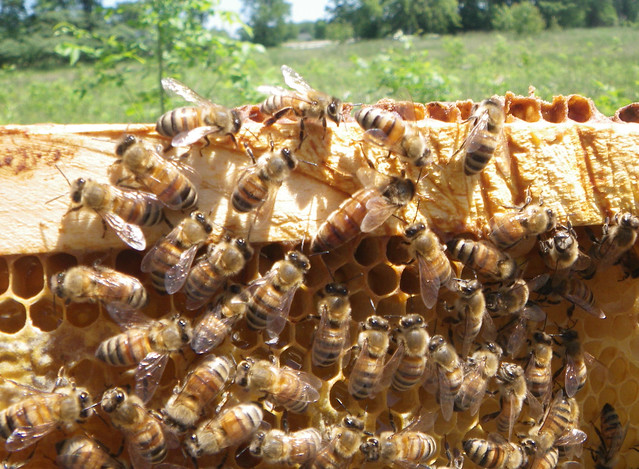 So we set this box aside, and proceeded to check if any new queens had been started in the queen cups we spotted last time. The 3rd box appeared to have one of a handful of cups with an egg (albeit somewhat off center in the cell). We believe we saw two queen eggs in the 2nd box, but for some reason had trouble locating them again after a more complete check of the combs. Good amount of stores and brood in these boxes too. The bottom box remained untouched. 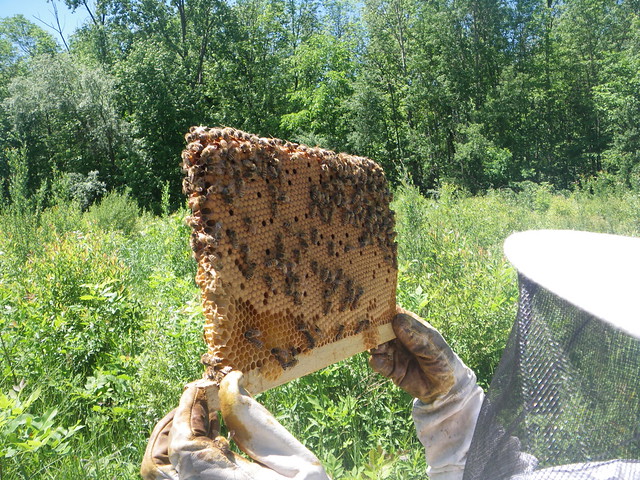 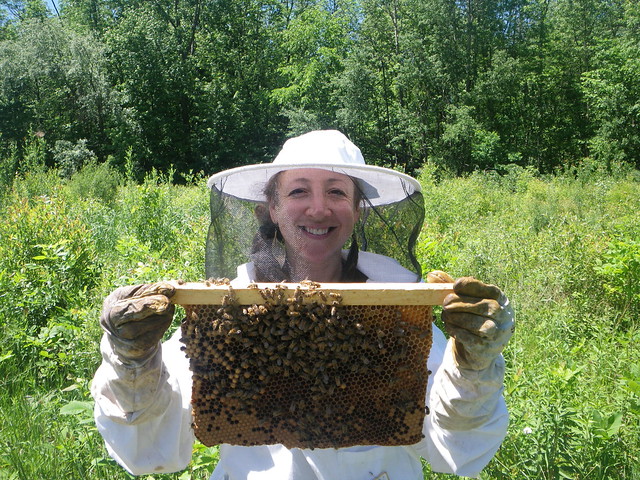 We felt confident that we could go ahead with the split but that is when things got a little messy. We had the 2nd box placed on its side from trying to double check the queen eggs, and one comb in the box that had been built with a large gap down the center broke in half. The half that broke off had two queen cups, but we couldn't verify if they were ones with eggs.

So we moved the box with the old queen and the empty bottom box seval meters away to form a new colony. We placed the broken comb of honey and pollen resting on the side of the empty bottom box and added an entrance reducer. We gave the old colony a new empty box and will have to wait and see if they are able to make a new queen.