I collected this swarm from a toronto backyard last spring and sheltered them in a warré hive.

I was really struck by how cozy things feel in the hive without the frames/bee space:

Seeing this lead me to believe there might be something to the theory that a frame-less hive allows for better temperature/air flow control. 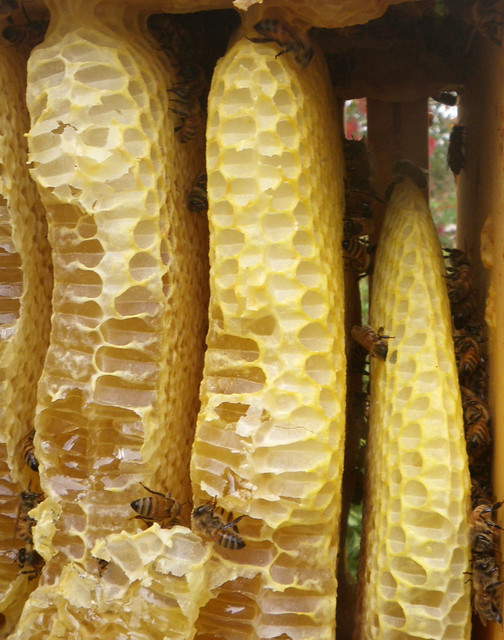 For the most part they built straight comb. I think it's possible to do comb by comb inspection without frames if you are careful about how you set the hive up, but it certainly requires more time and gentleness as you move the combs about and separate the boxes.

It's really nice on the back to have smaller lighter boxes. I now have my sights set on even less lifting. I discovered the possibility of home made hive lifts which take advantage of the warré's protruding box handles. 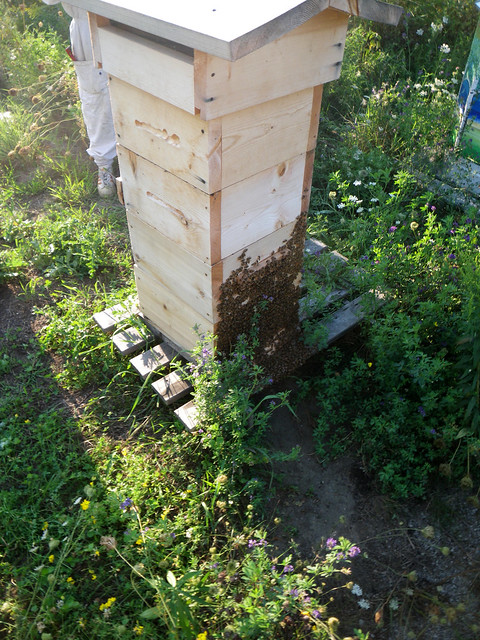 The colony had a real productive season. It built up fast and strong. I only had access to visit the hives about once per month, and they often surprised me by overflowing out of the space I had left them. They filled five boxes and I was able to harvest two boxes. They went into winter with three very heavy boxes. The hive was placed in a good location with fields of wild flowers directly in front of the hive, however, it was a long dry summer and many other hives did not do so well. It's possible part of this colonies success might have been due to the failure of other hives in the area that they were able to rob out. 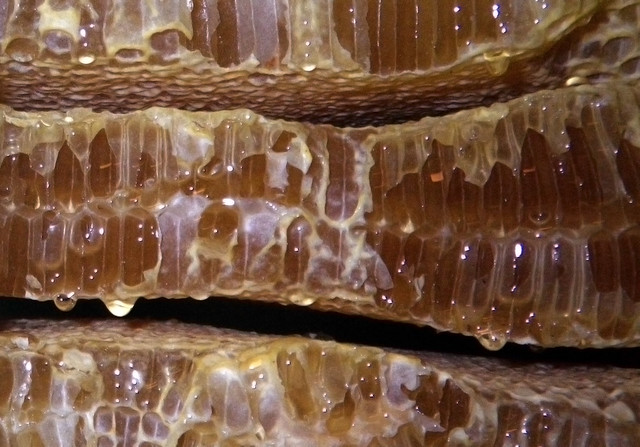 So far I'm a fan of the warré hive, I appreciate the smaller dimensions and the roof/quilt design. I think there are great benefits to a frame-less hive, but have decided to build warré frames for next year (for more confident swarm control and so I can perform drastic manipulations with greater ease, like breaking the brood cycle to control mites ).