A sunny day around 20 Celsius and the entrance was bustling with activity. Some deep red pollen from horse chestnut as well as a pale yellow pollen coming into the hive. The red pollen can be seen at the very begining of this video:

There appeared to be some backfilling going on. The top box is steadily filling up with honey and the middle box had large quantities of nectar and pollen mixed in with the brood. 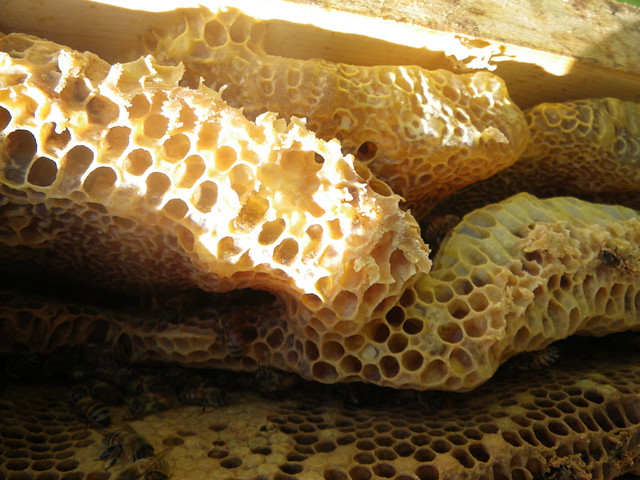 They have finally moved into the bottom box. 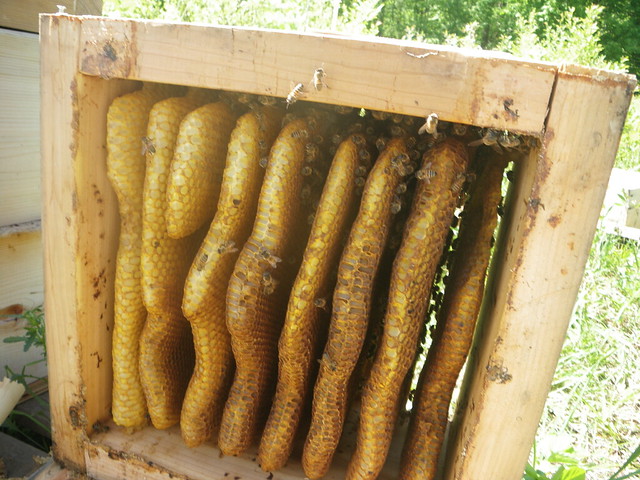 What we hadn't previously noted was that the majority of the bottom box is large sized honey comb, as a result this box is being used for nectar not brood despite its location on the bottom of the hive and some darkness on the comb. 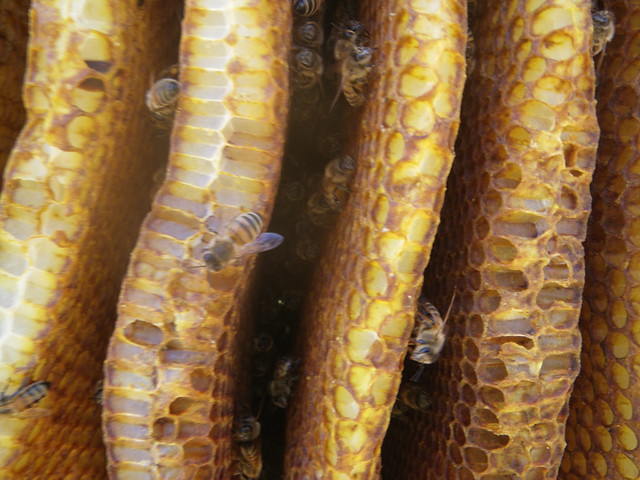 There were a good number of queen cups scattered around the top two boxes. 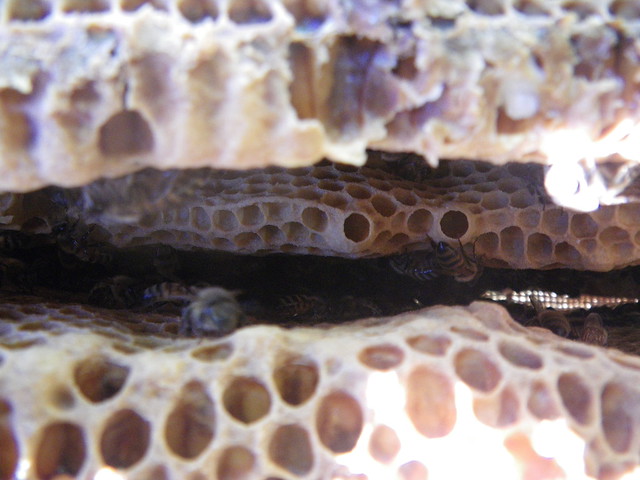 We're itching to split this hive, but decided to wait and see if we get an egg in a queen cup soon. As the bottom box seems to be preferred by the bees for honey, we moved it to the top, and added a new box to the bottom for them to start building. We're not too sure how quickly they will start building comb, but we don't expect it will be fast enough to keep up with the demand for proper laying space. In an ideal world we'll have a few fresh combs started and some developing queens in a week or so that we can turn into two hives.

We do see signs of chalk brood here and there, but not much. This is a pretty neat and tidy hive. Not many mites or anything else on the bottom board.

Along with the new box I also swaped in one of my new bottom boards and removed the entrance reducer (In the video at the top of the page you can see that the bees are still returning mostly to the far right).