It's often stated that swarm cells are on the bottom of the frame and supersedure cells are built in the middle of the comb. This may not always be the case. Certainly, if a hive feels they are queenless they may try to make an emergency queen from eggs laid in regular worker comb. Emergency queen cells are structurally different than swarm or supercedure cells. You should be able to tell that the cell was made as an extension of a regular worker brood cell. We can see few examples of emergency cells in this photo: 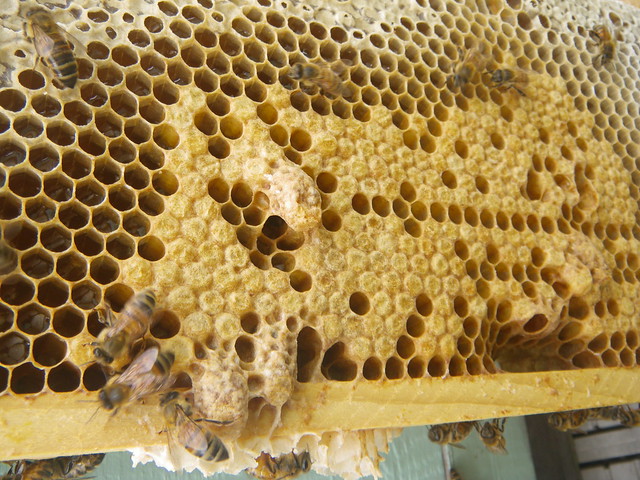 But a hive will often have proper queen cups ready at the bottom or middle of frames which may be used for either supersedure or swarming. So, rather than the appearance or location of the cell, one must think about the wider context of the hive to figure out what the bees are trying to do.

For example, the following picture shows a frame with a good number of bees, a queen cup with an egg on the comb near the middle-right of the frame, and the brood nest in the process of being back-filled with nectar. 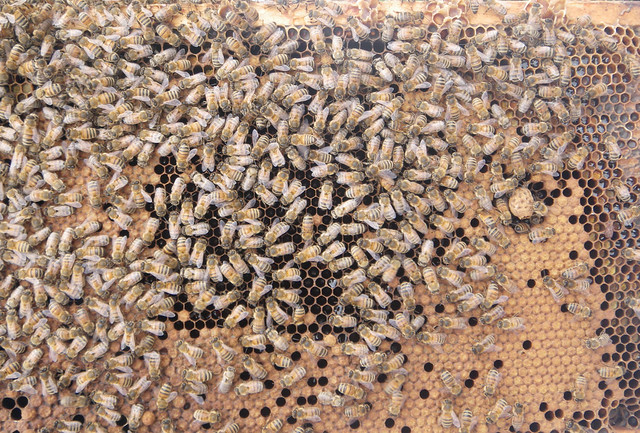 Let Context be Your Guide

In the case above we are looking at a strong hive building up and things are getting congested between a queen that is laying well and increasing honey stores. It's best to assume the bees want to swarm. By the way, did you spot the current queen in the above photo? Click here for a closer look.

Other Beekeepers That Have Dispelled This Myth

Walt Wright has also suggested a larger quantity of queen cups/cells or queens in a wide variety of stages of development, with the first queen laid at the periphery and subsequent queens laid across the brood nest, is indicative of swarming. Whereas a supersedure tends to be just a few queens all laid at about the same time on the periphery of the brood nest.

The myths about supersedure cells run so deep in beekeeping literature that you still may not be convinced after having read both my post and the preceding link, so I will also offer you this link to David Cushman's perspective on the topic.