I first noticed bees with deformed wings virus(DWV) crawling around in front of one of our stronger hives in the late summer of last year. 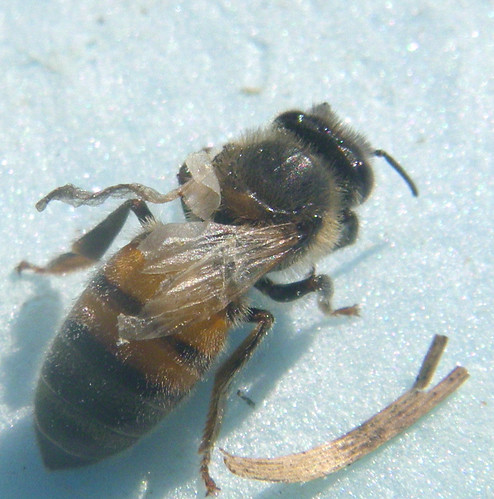 We treated in the fall, and by spring symptoms had dissapeared. It was the strongest of our twenty hives this spring and we had to split it to try and keep it from swarming. By late summer(Sept. 1st) I once again started noticing bees with deformed wings. From this point in the season on, anytime I looked, I was able to find at least one if not a handful of damaged bees crawling around in the area directly in front of this one hive. 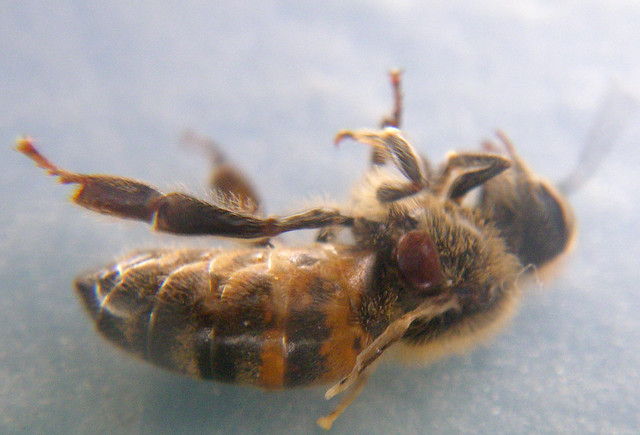 Notice the mite on the bee in the above photo. Mites help transmit DWV and are the cause of more severe infections as they harbour a much higher concentration of the virus than is found in the bees themselves.

Bees with deformed wings are expelled from the hive and typically have a life span under 48 hours. Seeing large amounts of DWV is a clear indicator a hive is suffering from a serious varroa problem.

Bees with DWV may also have really stubby short abdomens. In some cases I see the short abdomens without necessarily seeing visibly deformed wings. I believe these stubby bees with healthy looking wings, are also incapable of flight. 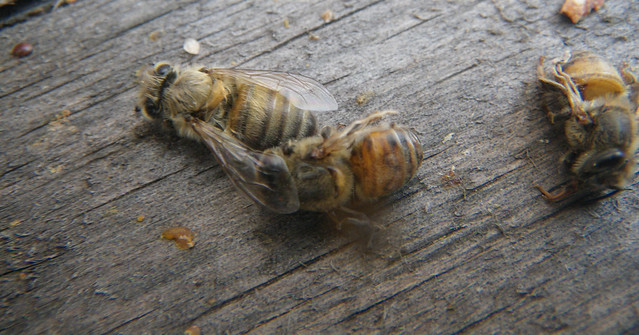 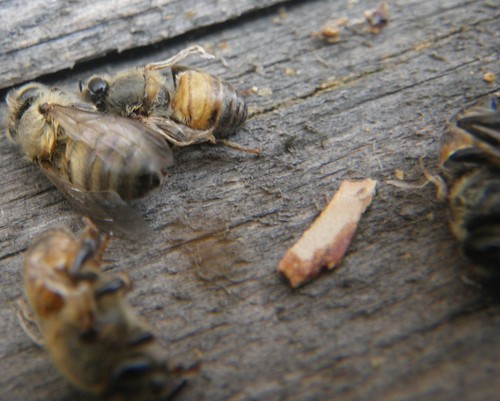 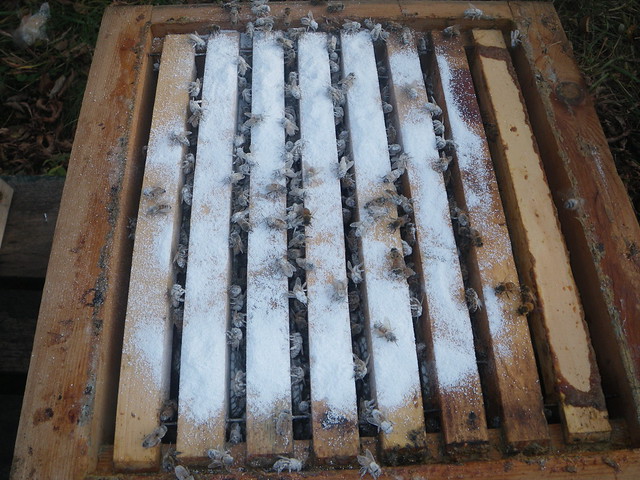 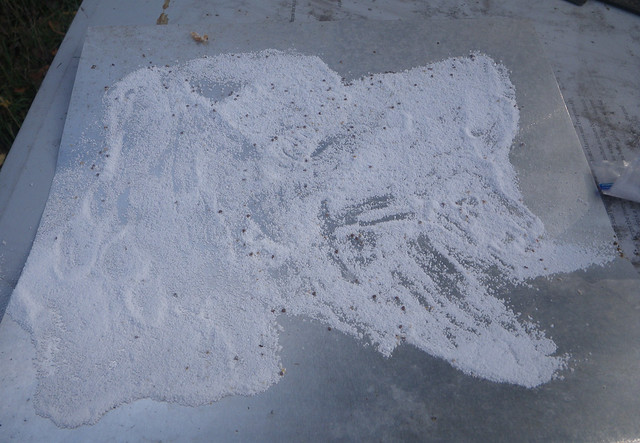 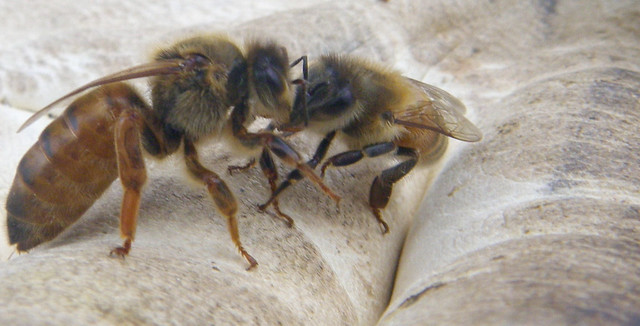 Last week we were called to collect a swarm.

Right away we noticed a few indications that led us to believe the swarm was queenless:

We collected the bees and joined them with one of our weaker colonies. The colony we joined it with was a split with an old queen removed from a hive that had supersedure cells. We placed the swarm on top in a seperate box with a sheet of newspaper inbetween. Five days later we opened the hive to discover: the bees had already eaten two holes through the paper, one dead queen being mobbed by bees and one healthy looking queen going about her business.

We couldn't believe it. We searched for other explanations. Is it possible a virgin queen drifted back to the wrong hive from the other half of the split? Seems unlikely. So maybe the swarm did have a queen afterall. Upon reviewing the video again, I noticed relatively few bees fanning at the begining as compared with the end when some bees were already placed in a nuc box. Perhaps that should have been seen as sign the bees were just trying to keep cool vs. actually wondering about the current location of their queen?

Lesson? Check and double check when there is any doubt about a queens existence.